The purpose of this blog is to tell about what daily life on the campaign was like for the soldiers who experienced it.  Two things that are often overlooked are the fact that the French made up only about half of the 500,000 strong Grandé Armée.  The rest was made up of countries that had been conquered by France and its allies.

The other is that Russia didn’t have a lot of roads.  Marching a few hundred thousand soldiers (with wagons, artillery, cavalry, etc….) down the same narrow, unpaved road and there are bound to be disputes that break down among national lines.  Following is an account from an unnamed artillery lieutenant serving with troops from Würtemberg [Confederation of the Rhine, now part of Germany] in Ney’s IIIrd Corps: 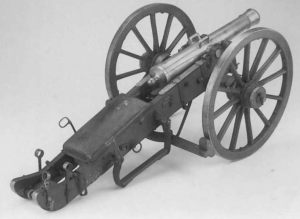 “Not only the 3rd Corps was on the march, but often the Imperial Guard as well and sometimes several other corps, all on the same road which, on top of all this, was frequently almost impassable for artillery.  As a result serious disagreements were caused every day by the extreme difficulty in observing a regular order of march.  The artillery was particularly bad in this respect, because if anything broke on a wagon or a gun, or if a horse had to be unharnessed on account of exhaustion, the vehicle in question would be cut off by the troops behind, and it was perhaps evening before it reached the bivouac and could rejoin its battery.  Under these circumstances the French infantry were so unpleasant and brutal that their officers, so as to prevent an unfortunate, godforsaken gun from travelling near, let alone in front of them, would more often than not have bayonets leveled at the leading horses and strike the soldiers of the train.  On our side this behavior aroused intense hatred and bitterest resentment…”

The officer wrote that his brigade often marched on the flank of the corps and sometimes, the artillery would not be able to follow them the whole way and would be obliged to return to the main road.

“…When we did this, nobody wanted to let us into the column, and we had to try and secure a tiny place on the road by dint of asking pleasantly, sometimes with insults and oaths, often at sword-point.  I can honestly say that none of the hardships and dangers of this campaign irked me half as much as this daily bickering and squabbling on the march.  As I was the only officer in the battery who spoke French, it always fell to me to conduct these wrangles.”

This entry was posted in The Advance into Russia and tagged Antony Brett-James, artillery, Grande Armee, Marshal Michel Ney, Wurttemberg. Bookmark the permalink.